For 20 years Uswitch have been telling anyone who will listen to save money by switching their energy, hence ‘Uswitch’.

But in H2 2021 the energy crisis turned their business on its head. Energy prices hit an all-time high, over 30 energy suppliers went bust and switching no longer saved cash.

Uswitch was unable to do the one thing it was built to do for customers: advise them to switch.

Most brands wouldn’t consider advertising in this situation and initially the temptation was to pull activity and go dark until it all blew over.

But as an integrated team (Client / Creative / Media), we decided that Uswitch should not just invest, but also rebrand – as UStayPut – to cement their position as the most credible and trusted energy switching provider.

In this category, Top of Mind Awareness (TOMA) and trust are the bedrock of long-term success. But it’s really hard to grow either in normal times (even with a big budget) because price comparison is cluttered, and people don’t really care about energy. As long as it works, consumers don’t think about it. Typically, the business focus is on 3-month switcher ROI.

But in 2021, the energy crisis was making headlines daily. Suddenly, everyone was interested in energy. Uswitch traffic was at an all-time high.

We knew it couldn’t be converted right now, but there was an opportunity to take a leadership position and build lasting uplifts in both TOMA and Trust. We came to the conclusion these prized assets were effectively ‘on sale’.

This encouraged us to be bold and run an ad saying ‘UStayPut’, to reassure panicking consumers and show them that Uswitch had their backs.

It was clear, calm, responsible, and it grabbed attention, because it was so clearly not what you would expect from a switching service.

We knew UStayPut would work hardest if we got it out there as the story unfolded. It had to appear next to the energy crisis stories that were spooking people in press, radio and social.

Alongside creative and media partners, we pushed booking and copy deadlines to the limit to ensure the ads were as up to date as the energy crisis story itself.

We gambled that being this bold and relevant would make our relatively small campaign famous. On day one, we were proved right, as the campaign was discussed by commentators at length in the Sky News Paper Review, despite being an ad rather than an article. We also saw an overwhelmingly positive response on social from appreciative householders.

After just two weeks and a nominal budget, Uswitch TOMA increased by 1pp against a market that was in decline (stealing from Compare the Market, who outspent us 6:1 in 2021). Our spend vs awareness analysis, built using 3-year data, said this would have normally cost Uswitch 5x more in advertising.

We measure incremental trust generated by ads by looking at the trust scores for those who recall a campaign vs those who don’t. UStayPut generated a 6x bigger incremental lift on brand trust vs the next best historical campaign.

We reached 35 million adults. Nearly 12m of them recognised at least one part of the campaign, and 4.7m of them are now say they would consider Uswitch ahead of any other switching service. That’s 4.7m new prospects primed and ready to use Uswitch when the market opens up.

This strategy, and ultimately the ‘UStayPut’ campaign was the result of collaboration between the client (Uswitch), creative agency (Joint) and media agency (Zenith). 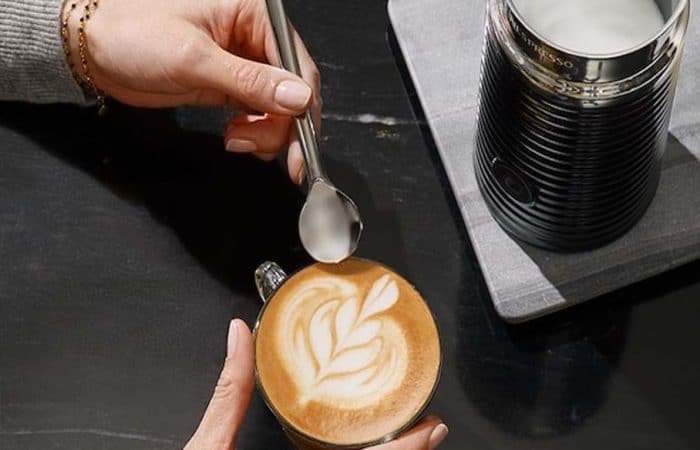 Revolutionising CRM in media, doubling the match rate and ROI for Nespresso