Consumer trust in insurance companies is at an all time low. The entertaining yet shallow style of advertising the category is famous for, natty scenes of baby meerkats or robots dancing to pioneer rap, was not doing an awful lot to challenge this. Aviva had also subscribed to the humorous, character driven advertising construct, and for two years we had seen brand health declining, leading to a significant decline in baseline sales across all of their products. Whilst CPAs were impressive, we had focused too much on short term sales at the expense of the brand. In order to stem the decline in sales and rebuild the brand it was imperative for us to find a way of reconnecting with the UK public and rebuilding trust.

One child is killed on the UK roads every 10 minutes. We saw a huge opportunity for Aviva to move away from the competition by committing to help tackle this huge issue. Genuinely having an impact on people’s lives. In 2012 Aviva had launched their Drive app, a mobile application that measures how safely you drive, but they had always used it merely as a tactic through which to sell car insurance. We believed that the app could achieve so much more, by using it instead to encourage the nation to drive more safely and ultimately make the roads safer for everyone.

Another challenge existed. 8 out of 10 people think they are safe drivers but 60% think the roads are less safe than they used to be. There was clearly a disconnect. Our first job would be to challenge people’s perceptions about how safe a driver they really were. The Safe Driving Challenge was born In order to maximise the number of people taking the challenge, the campaign divided into a number of key components 1. We created competition by pitting different groups against each other and fueling national debate 2. We gave people multiple ways to take the challenge and actually see how safe they really are 3. We uncovered the myths of safe driving and used this to deliver engaging content that would further challenge perceptions.

We used first party data from the drive app, since 2012, to find out who really were the safer drivers across ages, genders, locations, and occupations. We then used the findings to start a national debate; did the reality meet the nation’s expectations. For example, ‘Men vs Women’ or ‘Over 60s vs Under 60s’ played out in social, and digital out of home where people could tweet their opinion straight to the screen. We worked with AOL to develop a quiz that challenged people’s road safety knowledge – giving them a more accessible way of taking the challenge, and encouraging them to go on to download the app. We worked with the Telegraph, YouGov and a Road Psychologist to conduct a national survey to uncover the myths of safe driving. We then used the findings to create a series of driver archetypes that people could relate too, prompting driving reappraisal.

Re-framing the Drive app to help make the UK roads safer has been a huge success. More than 100,000 people have downloaded the app since January. This equates to more people in 3 months than in the whole of the previous 3 years, even though the app had been heavily promoted on TV every year since 2012. Over 500,000 people have engaged with the campaign, spending 20,000 hours with the brand. Sales are up 8% YOY, in spite of an overall market decline, a flat YOY media budget, and a brand new campaign. But most importantly, the app has been proven to encourage people to drive more safely (based on risk analysis), and 10m miles have been driven more safely. 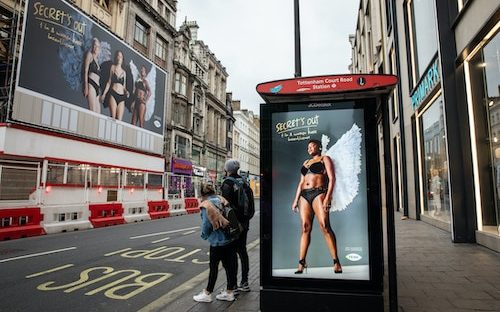